Home News How do you work with influencers?
Trends

How do you work with influencers?

Who are they?
In France, 150,000 influencers are actual people (rather than brands, associations or other organisations). 82% of internet-users surveyed follow trusted influencers. Passionate about what they do, these influencers share their daily lives and stories with fans. REECH carries out an annual survey to define profiles. The vast majority are nano or micro influencers: 80% of them have between 1,000 and 50,000 subscribers. Influencers with more than 1 or 2 million followers are viewed as extremely famous. Most are aged between 18 and 30 and cover lifestyle topics, such as food, fashion and sport. There are a number of older influencers, however, with 10% aged over 35.

The partnership approach
Today’s most engaging network is Instagram. It would be hard to imagine influence without this network which generates the most content and interactions. It also provides a key playing field for influencers working with brands through partnerships. What makes an influencer support a brand image or endorse a product? Payment is no longer their main requirement as increasing importance is attributed to the product or service, to values and the experience gained. 86% of French influencers earn less than €5,000 a year from social media: still treating it as a sideline business. Transparency with regard to partnerships is now compulsory and influencers are required to inform their community about them. However, only 56% of influencers are fully aware of this regulation. Contrary to what one might expect, 77% of subscribers have a relatively favourable opinion of paid partnerships.

Advice & expertise
What’s the best way of working with influencers? REECH gives us top tips for managing influence marketing campaigns. The first step involves making rational choices based on data. Analysing the commitment and evolution of followers, targets and audiences is useful when selecting an influencer. This is all the more important given that there are various different types of influencer. ‘Top tail’ influencers or celebrities have a well-established image and power. ‘Mid tail’ influencers, otherwise known as micro or macro influencers, are much closer to their community. They have a far higher engagement rate and continue to focus on their own area of interest. Finally, ‘long tail’ or nano influencers are capable of creating content and dialogue, despite receiving less interest from brands. When making contact, it’s important to remember that influencers are not journalists. They need to be handled as individuals and well targeted. Finally, successful influence marketing requires creativity which appeals to consumers, thereby boosting sales. An increasing number of influencers are not simply broadcasters, they also create content.

Podcast Guillaume Doki-Thonon – Founder and CEO of REECH
« How do you work with influencers?  » 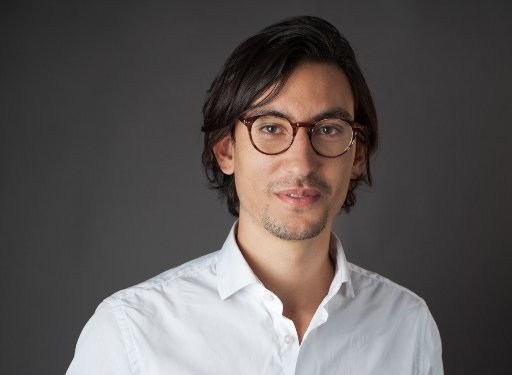 Stay in touch with the show and market's latest news

To be part of the show,
please select your profile

You wish to request an appointment with the brand « How do you work with influencers? ».

2. The following information will be given to the brand to contact you:

Your message has been sent to the Eurovet team for approval before it is sent to the brand. Make sure to check your email box regularly as you will receive an asnwer shorty!
Votre message n’a pu être transmis, veuillez vérifier votre connexion à internet puis réessayer

The exhibitor has been well added to your favorites.

The favorite has been deleted.

To book appointments, log in with your login and password.
(created when you registered for the show, if not, create it here )

To do this, log in with your login and password.
(created when you registered for the show, if not, create it here )

You are not registered at "Interfilière Paris". The registration will only takes a few minutes.
Sign up

REGISTER TO GET ACCESS TO THE TRADE SHOW CONTENTS !

In continuing to browse, you agree to the installation of cookies designed to ensure the proper functioning and interactivity of the site, personalise your browsing, enable targeted advertising appropriate to your centres of interest, and measure the site's audience. For further information and to set parameters for cookies.Ok