Banana
Used since the 13th century in Southeast Asia, banana fiber is back on the textile market due to certain inspired designers. It is a truly abundant resource in India (29.7 million tons in 2018, 60 million tons expected through 2025), China, the Philippines, and Africa. Banana fiber is extracted from the petioles located at the base of the Abaca banana tree leaves.
Banana tree silk is made using these petioles cut into strips. The fibers extracted from this are then washed and dried. They have dark-brown or white color depending on whether they’re taken from the heart or the edges of the petioles. Banana silk is lightweight and biodegradable, flexible, and water-resistant. It is soft and silky, supple and strong. It allows for perfect evaporation of perspiration. Thus, it is ideal for undergarments. Australian brand AussieBum, founded by Sean Ashby, has gotten it right. They’ve launched a range of men’s underwear made from banana fiber (27%), organic cotton (64%), and elastane (9%), made in Australia. (Priced at around 22 € per brief). Several designer names and young designers have chosen banana fiber, like Dita Sandico, who was been working in the Philippines for 15 years now with banana silk, or Coralie Marabelle, General Public Prize winner at Hyères 2014. A graduate of Studio Berçot, this designer, who started off at Hermès, Maison Margiela, and Alexander McQueen, has created dresses made from banana and pineapple fibers, paired with an Umorfil® jersey, a unique textile fiber made from collagen molecules derived from fish scales and cellulose.

Pineapple
This alternative to leather has been developed by Carmen Hijosa, a Spanish designer. Inspired by traditional Filipino garments, Carmen Hijosa has created Piñatex, composed of fibers extracted from pineapple leaves, a by-product of the fruit’s harvesting. The leaves gathered from plantations are husked into long fibers, before undergoing an industrial process conducted by Carmen’s company, Ananas Aman. This requires 480 leaves, that is to say, around 16 pineapples, to make 1 m² of fabric. The rolls of non-wovens are then sent to Spain to be turned into a fabric called Piñatex, and then finished.
Durable, lightweight, and supple, it can be cut, pitted, embroidered, or printed. It is available in 2 ranges, Original (4 colors), at 50 € per meter, and Oro (metallic tones), at 58 € per meter. Several eco-friendly designers are working with Piñatex: Alicia, designer for Bourgeois Boheme, an English shoe brand, Tara Gannon, designer for Maniwala, a California-based accessory brand, and Dutch designer Liselore Frowijn, award-winning creator of luxury sportswear. Famous brands such as Hugo Boss or Trussardi are already working with it as well. Camper and Puma have made prototypes with it. Piñatex has received the fabric innovation award 2016 from the Royal College of Arts in London.

Coconut
We know about Cocona™ fiber, a derivative of active charcoal from coconut husks that come from water-filter industry waste. Used by certain sport and sportswear industry brands, such as PN Jone, Cocona™ fiber offers well-known properties: light weight, durability, moisture absorption, fast drying, and anti-UV protection. Today, this exotic fruit is getting new attention, or, rather, a truly sustainable new life, as developed by Australian company Nanollose. A truly refined new life that offers it promising prospects on the fashion market. Nanollose has developed a unique synthetic process for residual biomass waste produced by the coconut processing industry. The goal is to generate a sort of viscose, without using any plants: Nullabor™ fiber (the name of the Australian desert plain that has no trees) represents a major technological advance for the cellulose industry. Contrary to standard viscose, this new, sustainable fiber is obtained using microorganisms that “eat” biomass and convert liquid biomass waste into microbial cellulose. This process takes less than one month in total, and requires very little soil, water, or energy. Microbial cellulose is then converted into fibers to form Nullabor Fibre™, using the Nanollose technology, which is compatible with existing processing and manufacturing equipment. Alfie Germano, CEO of Nanollose, wants to apply this process to other biomass waste from the wine, beer, and other liquid food industries.

Coffee grounds
Developed using coffee grounds, S.Café Yarn® is not a natural fiber. It’s a fiber composite featuring a technology that uses a natural ingredient. Specializing in the production of functional textiles, Taiwanese group Singtex Industrial Co. Ltd, founded in 1989, quickly realized that importance of the ecological challenged posed by climate change. It invested hundreds of millions of dollars in the research and development of eco-functional fabrics that respect the environment. It was in 2008 that S.Café® yarn was developed using plastic bottles and coffee grounds. No solvents are used in the manufacturing process. Contrary to other coal-based materials, the charring treatment of S.Café® is conducted at a low temperature, thus reducing CO2 emissions. The properties of S.Café® are opening up new and interesting potential uses for the lingerie and swimwear market. Technology has allowed for a considerable acceleration of drying through the dispersion of moisture absorbed by the surface of the fabric (up to 200% faster than cotton).
Coffee-ground micropores absorb odors and perpetually reflect UV rays. Several casualwear and sportswear brands have used it in their collections: Hugo Boss (polo shirt for 99.90 €, made with 40% S.Café®), Timberland (Cycling Falmouth jacket, 160 €, with 42 grams of coffee grounds, in other words, 16% S.Café®), and Louis Garneau (Drytex 3400 cycling pants with 62% S.Café®).

Fermented tea
Growing your clothes: here’s a concept from a pioneer in bio-culture, British designer Suzanne Lee, who managed to grow her fabrics using living microorganisms. The cultivation is conducted using kombucha, an acidic drink with a green tea base. This fermented tea is mixed with bacteria and yeast. The bacteria feed on sugar and produce a membrane: microbial cellulose. After a few weeks, this material is dried and molded before it is manufactured. A young French designer took up this idea by growing a symbiotic bacterium called “scoby”. Like a fungus or Mother of Vinegar, this scoby grows by developing mold. Stelina Lorieux thus obtained organic matter, with an initially gelatinous consistency, which solidifies after dehydration. French start-up Open Biofabrics, specialized in bio-design using scoby, also wants to revolutionize the textile world by replacing garment factories with high-tech laboratories. Starting in 2011, Suzanne Lee presented her first jackets and shoes made from “kombucha”. In 2016, it was Young A. Lee’s team, a researcher from the University of Iowa, and author of “Sustainable Fibers for the Fashion Industry”, who presented similar work on jackets and shoes, emphasizing the biodegradable aspect of this fiber. Despite a truly virtuous life cycle, this new cellulose fiber is not yet fully ready for market: issues with moisture absorption make the fabric less durable. Its manufacture in a lab setting have yet to be scaled up to an industrial level. We’re not quite there yet. 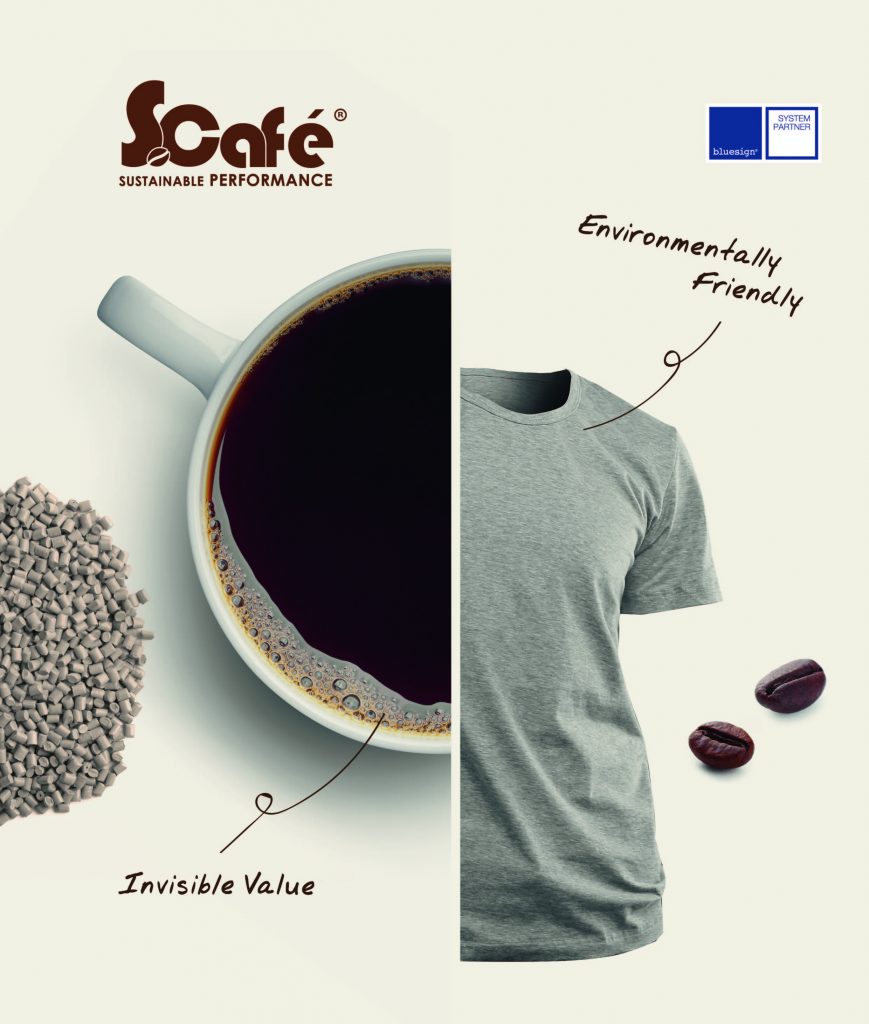 Stay in touch with the show and market's latest news

To be part of the show,
please select your profile

You wish to request an appointment with the brand « Natural Fibers: Fruit and coffee ».

2. The following information will be given to the brand to contact you:

Your message has been sent to the Eurovet team for approval before it is sent to the brand. Make sure to check your email box regularly as you will receive an asnwer shorty!
Votre message n’a pu être transmis, veuillez vérifier votre connexion à internet puis réessayer

The exhibitor has been well added to your favorites.

The favorite has been deleted.

To book appointments, log in with your login and password.
(created when you registered for the show, if not, create it here )

To do this, log in with your login and password.
(created when you registered for the show, if not, create it here )

You are not registered at "Interfilière Paris". The registration will only takes a few minutes.
Sign up

REGISTER TO GET ACCESS TO THE TRADE SHOW CONTENTS !

In continuing to browse, you agree to the installation of cookies designed to ensure the proper functioning and interactivity of the site, personalise your browsing, enable targeted advertising appropriate to your centres of interest, and measure the site's audience. For further information and to set parameters for cookies.Ok